Receive notifications about information and event scheduling for William

Print
William J. Monty died on Wednesday July 1st at his home in Schenectady surrounded by his family.

Born in Plattsburgh, NY, Bill was the son of the late Edward and Ettamae (Whitney) Monty and attended Nott Terrace High School.

A former member of the Army National Guard, Bill worked as printer for the former Williams Press, was also a truck driver for Burrell Express for more than 25 years and retired from Mohonasen High School as a bus driver after 33 years of service to the school district.

Bill was a member of St Paul’s Episcopal Church and the Rotterdam Elks Club. He was a former Little League manager, Boy Scout leader for troop 58, an avid bowler and enjoyed spending time with his family on Sacandaga Lake.

In lieu of flowers contributions may be made in Bill’s memory to the St Paul’s Episcopal Church or to Community Hospice,315 S. Manning Blvd., Albany, NY 12208

Bev my condolences to you and your family. I was very sad to see Bill had passed but I am so glad I saw him a few months ago sitting outside Price Chopper while you were shopping in the van and I stopped and we chatted for awhile. Bill was always a very kind man and we usually sat behind you both in St. Pauls. Prayers to you Bev I know Bill is in heaven looking down on you. God Bless Sally Spencer-Schroder
Comment | Share Posted Jul 09, 2020 at 02:14pm via Condolence
TC

purchased the Sweet Tranquility Basket for the family of William Monty.
Order Flowers | Show All
Comment | Share Posted Jul 07, 2020 at 07:38am via Floral Arrangements
E

Uncle Billy Willy wasn't just the life of the party, he was the party! He brought joy and laughter to every family event he attended. Expect to hear some thunder when Uncle Bill rocks heaven with the grannies' panties song.
Deepest love and warm thoughts to all as we mourn his passing.
Comment | Share Posted Jul 06, 2020 at 05:43pm via Condolence
K

To the whole Monty Family.
It breaks my heart that I can't be there with all of you to remember dad. He was a man who made people smile and laugh. He loved life and lived it to the fullest. I will miss him very much.
I want the rest of my family to know my prayers and love are with them.
By dad RIP.
Comment | Share Posted Jul 06, 2020 at 04:30pm via Condolence
DS

Bill was one bus driver I will never EVER forget,he always made us kids smile,dealt with all our crap..lol..but always smiled as he did!! He even remembered us after we graduated and always had time to chat when we did see him out and about-TRULY an amazing man,when I saw his obituary today I gasped and said oh no :( please know he will always be a memory of my childhood and my thoughts and prayers are with all of you in loosing such an amazing human being!!
Comment | Share Posted Jul 06, 2020 at 01:51pm via Condolence

Provide comfort for the family of William Monty with a meaningful gesture of sympathy. 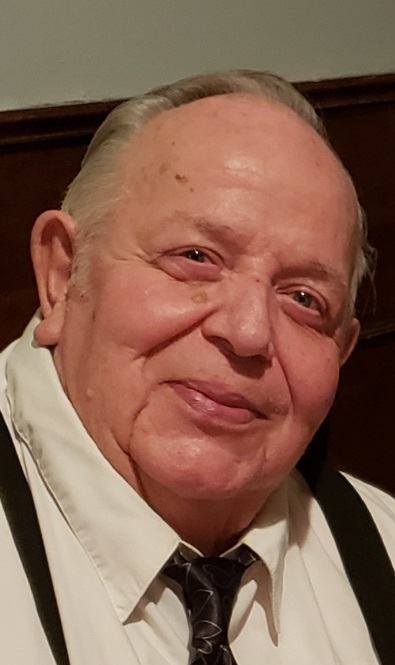 To share your memory on the wall of William Monty, sign in using one of the following options:

Provide comfort for the family by sending flowers or planting a tree in memory of William Monty.

Provide comfort for the family of William Monty with a meaningful gesture of sympathy.