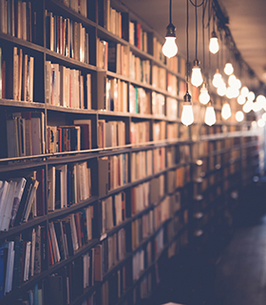 Ruth Rosback Turner,98, of Niskayuna, NY, died peacefully at Kingsway Nursing Home on July 10, 2022. Ruth was born on April 10, 1924 and lived in the Schenectady area her entire life. She was a descendent of the Garnsey family of Clifton Park. Ruth graduated from Mont Pleasant High School and worked at General Electric in the Payroll Department until she married William H. Turner Jr. They raised their three children and were married for fifty years until Bill's death in 1995. For a few years Ruth sold real estate at the Welbourne Reality. In 1971 Ruth began working at the Schenectady County Public Library; first at the main library and then at the Niskayuna branch. She once commented that she loves library work because she 'likes being nice to people." Ruth continued to work part-time (even after her three children had retired) and then retired, herself, at ninety!

Ruth was an active volunteer. She was a "Friendly Visitor" at the old Glendale Home, worked for the Red Cross and was a Girl Scout leader. She served on the Board of the YWCA and was also a Sunday school teacher. Ruth loved to create flower arrangements, decorating at the library and in Begley Hall at St.
Stephen's Episcopal Church where she was a member. In recent years Ruth's arrangements graced the tables of the Foreign Student Dinners at Union College.

Ruth was devoted to family and friends. Throughout her life she sent countless birthday cards and greetings to many people and she often baked her renowned apple pie! The family took many road trips in the US. Ruth and Bill enjoyed a trip to Japan and one to Europe.

In lieu of flowers, memorial contributions may be made to: Dana-Farber Cancer Institute at Boston Children's Hospital and Double H Ranch Lake Luzerne, NY

A memorial service for Ruth will be held at St. Stephen's Episcopal Church 1229 Baker Avenue Schenectady on Saturday, July 23rd at noon.

Burial will be private.