To share your memory on the wall of Ralph Cozzolino, sign in using one of the following options:

Print
Ralph M. Cozzolino, 77, passed away on Tuesday March 10, 2020 on his nieces’ birthday at his daughters’ home. Born in Schenectady, he was the son of the late Ralph and Margaret (Paolucci) Cozzolino.

He was a graduate of Mont Pleasant... Read More
Ralph M. Cozzolino, 77, passed away on Tuesday March 10, 2020 on his nieces’ birthday at his daughters’ home. Born in Schenectady, he was the son of the late Ralph and Margaret (Paolucci) Cozzolino.

He was a graduate of Mont Pleasant High School in Schenectady. Ralph was employed as a contractor most of his life. He finished his career as a superintendent for Bette and Cring Construction Company. Ralph was a member of Local Labor Union #375.

Ralph cherished his sister Ann, who called him each day along with his sister in law Mary Lou who visited him often and brought him meals. Many are also going to miss him standing on his front porch keeping tabs of Broadway Hill. Ralph was passionate about the NY Yankees and black coffee with a splash of Splenda. He loved watching Jeopardy and was an avid reader of all the major publications like Time, TV Guide and National Geographic. His grandchildren fondly call and remember him as Papa.

In 2002, Ralph retired to be a caregiver of his wife Ruth until her passing three years later.

Ralph was predeceased by his loving wife Ruth L. (Sheldon) Cozzolino whom he was married to for 33 happy years, two brothers Frank and Dominic Cozzolino as well as one sister Mary Elia.

He is survived by his loving children Alison A. Cozzolino (Renee Burdick) of Scotia, Gerald Lipinski (Barbara) of Myrtle Beach and Christopher Lipinski (Jackie) of Guilderland, his loving and cherished sister Ann Boyens of Scotia and his loving sister in law Mary Lou Cozzolino of Schenectady. Ralph is also survived by his loving grandchildren Joseph Miller, Kristina, Michael, Brittany and Gabriele Lipinski and Jace, Arianna, Alyssa, Bentley Burdick-Cozzolino. He also leaves behind six loving great grandchildren and several loving nieces and nephews.

Funeral Services for Ralph will be Friday March 13, 2020 at 3PM at the Bond Funeral Home 1614 Guilderland Avenue Schenectady. Visitation will be from 1-3 prior to the service.

Interment will be in St. John the Baptist Cemetery in Schenectady.

The family would like to say a special thank you to the Visiting Nurses especially Brenda for her loving care of Dad.
Read Less

Receive notifications about information and event scheduling for Ralph

We encourage you to share your most beloved memories of Ralph here, so that the family and other loved ones can always see it. You can upload cherished photographs, or share your favorite stories, and can even comment on those shared by others.

Laura Seifert, Alan Sheldon and family, and other have sent flowers to the family of Ralph M. Cozzolino.
Show you care by sending flowers

Posted Jun 15, 2020 at 11:39am
Sending my Love and Condolences to the Entire Family... 🙏😥🙏
I am So Sorry for your Loss...
My Heart goes out To Ralph and to his Son Chris and Granddaughter Kristina... and to the Sheldon family in which I call my own family as well...
May Ralph Rest in the Arms of our Lord and Savior...
God Bless him Always and the Entire Family as well...
In Jesus's name I Pray... Amen!!! 🙏🙏🙏
Comment Share
Share via:
LS

Posted Mar 12, 2020 at 07:00pm
Wishing you peace to bring comfort, courage to face the days ahead and loving memories to forever hold in your hearts from the Sheldon family.

Alan Sheldon and family purchased flowers and planted a memorial tree for the family of Ralph Cozzolino. Send Flowers

Posted Mar 11, 2020 at 07:24pm
With love, strength, and deepest respects. With condolences and love, Sari and Annie (St. Gabriels School). 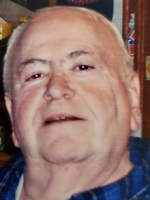