To share your memory on the wall of Peter Cowie, sign in using one of the following options:

From his birth on February 10, 1948 to his death on Friday, he was the most kind and gentle man you ever met. He extended his kindness by his willingness to help others through his work in the community. Organizations he was a member of and contributed to include the Northeastern Woodworkers Association, Make A Wish Foundation, Schenectady 2000, and GE Elfun Society. He was an avid runner since high school and he- was-a member and volunteer for HMRCC. Numerous races he participated in include the Schenectady Stockade-athon (37 years), as well as, the Boston Marathon.

As part of the Northeastern Woodworkers Association, he built and learned to play the banjo and was part of a banjo group. Other interests included gardening, travel, golf , hunting and fishing. His biggest passion was spending time with his family. He would travel to all of his grandchildren's sporting or musical events to cheer them on.

He was an active parishioner and participant at Our Lady Queen of Peace Church in Rotterdam, NY.

Pete was predeceased by both his parents and his brother, Thomas Cowie.

Calling hours will be Wednesday evening 6-8 PM at the Bond Funeral Home 1614 Guilderland Avenue Schenectady. Face masks and social distance guidelines will be followed. A Mass of Christian burial will be celebrated at Our Lady Queen of Peace Church Princetown Road on Thursday at 930AM.

Entombment will be in Most Holy Redeemer Cemetery in Niskayuna.

In lieu of flowers, a contribution can be made to the Make A Wish Foundation of NENY, 3 Washington Square, Albany, NY 12205 or Northeastern Woodworkers Association, 97 Railroad Avenue, Albany, NY 12205.
Read Less

Receive notifications about information and event scheduling for Peter

We encourage you to share your most beloved memories of Peter here, so that the family and other loved ones can always see it. You can upload cherished photographs, or share your favorite stories, and can even comment on those shared by others.

Love, Ben & the Graber family and Debra Berube sent flowers to the family of Peter R. Cowie.
Show you care by sending flowers

Posted Sep 14, 2020 at 12:41pm
My condolences to Pete's family. I was fortunate to get to know Pete at the start of my career at GE-MAO. I nice and kind man. Bill Wade
Comment Share
Share via:
WH

Posted Sep 10, 2020 at 10:50am
My deepest condolences to the Cowie family. I played golf with Pete in the MAO/Bechtel league for many years. I even had the pleasure of being his partner a couple of times. Was always a joy to be around. He will be greatly missed.

Flowers were purchased for the family of Peter Cowie. Send Flowers

Posted Sep 08, 2020 at 12:55pm
With love and sympathy to the entire Cowie family. We feel so blessed that our paths crossed through Make a Wish. 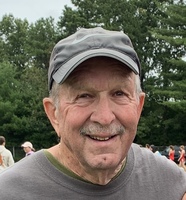