Obituary for Patrick A. Foti 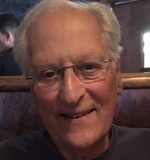 Pat was born on August 29th, 1935 in Oneonta, NY the (twin) son of Italian immigrants, Giovanni and Gabrelena (Cologero) Foti.

Faith, family and friends were at the center of Pat’s life. Pat worked in the family business, Foti’s Italian Bakery through elementary, high school and college. Throughout the rest of his life he found the aroma of fresh bread baking intoxicating and nostalgic.

Pat graduated from Oneonta High School and earned a Bachelor’s and Master’s in Social Studies from the State University College at Oneonta, a Master’s in Guidance from Siena College and a Doctorate in Guidance and Counseling Psychology from the University at Albany. Pat’s long career in education began as a teacher in Niskayuna and Burnt Hills Ballston Lake Central School Districts, continued as a Guidance Counselor at Columbia High School in East Greenbush and concluded with 30 years in various administrative positions at UAlbany.

Service to his country and community were a priority. Pat served six years in the New York Air National Guard. His unit was called to active duty during the Berlin Crisis. For many years, Pat was a poll worker for the Board of Elections. He traveled to New Orleans following Hurricane Katrina to work with displaced families. He was a regular volunteer at the Schenectady City Mission providing bread and serving food.

Pat’s Italian heritage was a source of great pride which he cultivated with language study and several trips to Italy. Trips to Calabria with his sons to visit relatives in his parents’ village were memorable highlights.

Pat enjoyed sports of all kinds. The Boston Red Sox were probably an obsession. He was an avid runner and racer, participating in several marathons. Pat was very involved with his son’s athletic activities as a coach, manager and board member in the Niskayuna Little League, Niskayuna Babe Ruth and Schenectady Youth Hockey Association.

In addition to his parents, Pat was predeceased by his wife of 57 years Barbara on February 19th, 2016, his brother, Tom and Tom’s wife , Helen, and his sister Mary.

The enormous pride and love Pat had for his three sons was surpassed only by the deep affection he had for his six grandchildren. No father or grandfather could be more proud of their successors.

Pat treasured every friend he ever made - colleagues at UAlbany, his running pals, his poker buddies, golf partners, church volunteers, the fitness center gang, lifelong college friends and his Oneonta friends. Pat’s was a life well lived and he will be missed by many.

Pat was a communicant of St. Joseph’s Church in Scotia. The family is planning a Mass and memorial honoring Pat for the spring. Interment will be at Mt. Calvary Cemetery in Oneonta, NY. Memorial contributions may be made to St. Jude Children’s Research Hospital.