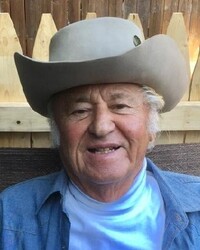 Nicholas Maura Sr. passed away at home in Princetown on June 25th at the age of 90 surrounded by family.

Born and educated in Schenectady, Nicholas was the son of the late Louis and Mary (Comenzo) Maura and a graduate of Draper High School.

Nick was drafted into the U.S Army during the Korean War. While serving as a 50-caliber machine gunner in the 2nd Infantry Division, Corporal Maura was in a hilltop position when enemy mortar round blew him and his weapon off the hill. Although saved from death by his steel helmet and protective gear he was severely wounded. After a month of hospitalization, he was returned to combat to serve out his tour of duty. He received a Purple Heart for his service in 1953.

He worked in construction all his life. He was partners with his brothers in Futurama Builders. He then went on to own N&L Maura, and eventually N&N Maura LLC with his son, specializing in excavation for the latter part of his life. He was the Highway Superintendent for the Town of Princetown where he proudly served for over 24 years. Nick was a member of the N.R.A and a member of the Military Order of the Purple Heart.

Nick enjoyed riding his motorcycle, driving heavy machinery, and working on the many projects in his garage. He also loved spending time with his wife and family on his deck and patio listening to Johnny Cash or Elvis while his great grandchildren played. He spent much of his time working and helping out anyone who needed a hand and was always happy to do so. He loved John Wayne movies, and he was always a man you could count on.

Beside his parents Nick was also predeceased by his wife of 46 years Joan R. (Alonzo) Maura in 2002 and his siblings, August Maura, Edward Maura, Dorothy Donofrio, Margaret Baker and Ann Trionfini.

Funeral services will be held on Thursday June 30,2022 at 12 noon at Bond Funeral Home, Broadway & Guilderland Ave., Schenectady, NY. A visitation will be held on Wednesday evening from 5 to 8 pm at the funeral home.

In lieu of flowers contributions may be made in Nick’s memory to the Military Order of the Purple Heart or to the Town of Princetown.