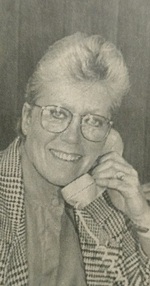 Mary was born on March 4, 1946, to the late Frank and Beatrice (Mary) Keller, in Cedar Hill, Selkirk, New York. In addition to her parents, she was predeceased in death by her parents-in-law, former Rotterdam Deputy Chief of Police Burnham Armstrong and his wife Joan.

Mary is survived by her husband, her lifelong friend Beverly Sawyer, nine nieces and nephews, two grand nieces, and one grand nephew.

Funeral arrangements by Bond Funeral Home will include a celebration of life later in the year. In lieu of flowers, donations may be sent to Habitat for Humanity

Mary graduated from Ravena-Coeymans-Selkirk Senior High School, and following graduation spent over forty years working in the insurance business, eventually forming her own auto insurance agency, Armstrong and Peck. In later years she added a second company, Armstrong's Classic Auto Appraisals. Mary lived a well-rounded life, which included her three all-consuming passions: her husband Burnie (#1), whom she married on August 19,1972, Classic Cars, including a much loved 1931 Ford coupe, and antiques, which covered the walls and rooms of her home and served her artistic talents.

Mary loved spending time working on her cars, designing paint colors, adding accessories, and traveling with Burnie to area car shows as they garnered one trophy after another. She and Burnie belonged to several car clubs over the years including their current membership in The Amsterdam Ratpack Car Club. Mary was also a member of The Chromettes ofAmerica, the country's only car club for women. Mary was a pioneer in many ways and she will be greatly missed by her many friends and extended family.