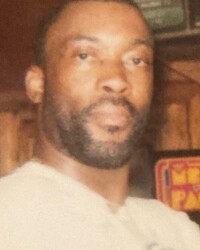 He lived and went to school in Albany until July 1969, when his family relocated to Schenectady, NY. He attended Linton HS and graduated class of ’73. Lou was a tremendous athlete who excelled at basketball and baseball, where he garnered interest from the MLB scouts.

After graduating HS, Louis served for a short while in the U.S. Army, before relocating to Los Angeles, California. Lou returned to Schenectady in 1983.

Lou was very business minded and took on numerous business endeavors in the city of Schenectady. Lou’s Subs and Deli on Albany St, Lou’s Deli & amp; Grocery on State St, and his own restaurant on Van Vranken Ave. His true passion, however, was Lou’s Hot Dogs. In 1988, Lou started his hot dog vending business and never looked back. He was one of the first individuals to own and operate their own hot dog vending business in the city of Schenectady. In addition to the dedication and effort he put into his businesses, he also worked for Price Chopper for 25 years. He was a true go-getter, a Schenectady Legend.

Lou enjoyed bowling and arranging trips to Atlantic City and New Jersey Nets games. He really enjoyed spending time with his close friends. He was well loved by all his family and friends. He was a great son, father, brother, uncle, and friend.

Lou was generous, unselfish, and a true stand-up guy. He will be dearly missed by all who knew him.

A visitation will be held on Tuesday July 26,2022 from 11 to 12 noon at bond Funeral home, Broadway & Guilderland Avenue, Schenectady. Services will begin at 12 noon at the funeral home.