Receive notifications about information and event scheduling for Loretta

Born in Saratoga, NY, Loretta was the daughter of the late Dominic and Angelina (DelVecchio) Mancini and was also predeceased by her brother Albert Mancini.

A graduate of Mont Pleasant High School, Loretta had worked for the NYS Department of Motor Vehicles in Albany prior to becoming a stay at home mom.

A beloved wife, mother and grandmother, Loretta was devoted to her family and cherished her 3 granddaughters.

Extremely active in her Churches over the years, she had been a member of Immaculate Conception Church in Schenectady, the former Our Lady of the Assumption in Rotterdam and Our Lady Queen of Peace.

Loretta was a former Eucharistic Minister, Religious Education Teacher and very active in the RCIA programs at her churches. She was also a Pre Cana counselor for marriage with her husband Donald. She was a member of the Women’s Auxiliary at the Rotterdam Little League and volunteered as a ceramic instructor at the Rotterdam Boys Club for many years.

A Mass of Christian Burial will be held to celebrate Loretta’s life at a date and time in the future.

A private graveside service for Loretta’s family will be held in Park View Cemetery in Schenectady, NY.

In lieu of Flowers contributions may be made in Loretta’s memory to the Scleroderma Foundation, 300 Rosewood Drive, Suite 105, Danvers, MA, 01923


Sincere condolenes to Loretta's family and friends. Hold your memories close to your hearts forever. Judy Longo
Comment | Share Posted Apr 08, 2020 at 09:49am via Condolence
TF

Paul and family, Very sorry to hear of your loss. All my condolences. Tom Ferri
Comment | Share Posted Apr 07, 2020 at 03:31pm via Condolence

Provide comfort for the family of Loretta Calkins with a meaningful gesture of sympathy. 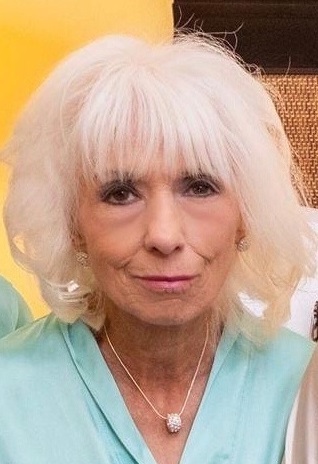 To share your memory on the wall of Loretta Calkins, sign in using one of the following options:

Provide comfort for the family by sending flowers or planting a tree in memory of Loretta Calkins.

Provide comfort for the family of Loretta Calkins with a meaningful gesture of sympathy.