To share your memory on the wall of Lois Fennicks, sign in using one of the following options:

Provide comfort for the family of Lois Fennicks with a meaningful gesture of sympathy.

Print
Lois E. Fennicks,80, passed away on Tuesday April 21st at her home in Schenectady.

Born and educated in Schenectady, Lois was the daughter of the late William and Jeannette (Lewis) Fennicks.

A graduate of Nott Terrace High ... Read More
Lois E. Fennicks,80, passed away on Tuesday April 21st at her home in Schenectady.

Born and educated in Schenectady, Lois was the daughter of the late William and Jeannette (Lewis) Fennicks.

A graduate of Nott Terrace High School, Lois entered into the military after school joining the United States Marines. She served with the Armed Forces for over 25 years prior to her retirement as a Staff Sergeant

Predeceased by her four brothers, William, George, Pete and Ronald Fennicks, Lois is survived by her daughter Belinda Fennicks of Schenectady, her grandchildren, Jason Foust and Shawn Fennicks (Kyrsten) and great grandchildren, SJ and Ariella Rose.

Receive notifications about information and event scheduling for Lois

We encourage you to share your most beloved memories of Lois here, so that the family and other loved ones can always see it. You can upload cherished photographs, or share your favorite stories, and can even comment on those shared by others.

Guaranteed hand delivery by a local florist
AM

Posted Apr 24, 2020 at 03:29pm
So sorry to see you go Aunt Lois. I remember all the times when I was young & you took me to the Altamont fair while you worked, I loved that. You were very strong & held on so long. We love you & hope you reunite with all the family up in heaven as you were the last one here. May God bless your soul. 💖💖💖

Posted Apr 23, 2020 at 08:54am
I may not have known you long but in the past 4 years, I've grown to know you, wish I knew you before you got sick, but your great grandkids love you tons 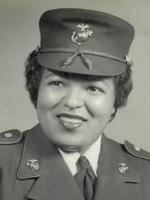