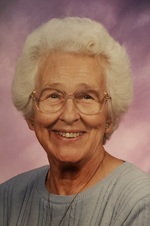 Born June 12, 1926 in Dolgeville, NY, Janet was the daughter of the late Erich and Myrtle (Rees) Dreusike and a graduate of Little falls high School.

A homemaker, Janet was a member of St Paul’s Episcopal Church. She enjoyed time spent with her children and grandchildren, gardening, fishing and traveling.

Predeceased in 1993 by her husband of 43 years Raymond A. Jeffes, Janet was also predeceased by her son Raymond C. Jeffes in 2001, her brother’s Harold and Erich Dreusike and sister Gwendolyn Scott.

Funeral services for Janet will be held private at the convenience of her family.

In lieu of flowers contributions may be made in Janet’s memory the Schenectady Police Benevolent Association or to the Alzheimer’s Association.