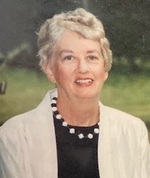 Irma had a long devotion to bringing the past into the hearts and minds of those living in the present. For thirty-nine years Irma served as Town Historian in Princetown, a place she much loved, wrote about, and painted.

Irma is the author of Princetown: Portrait of a Town, published by the Princetown Historical Society in 1990. She also worked with Duanesburg historian Art Willis on the Arcadia book, Duanesburg and Princetown (Images of America).

A lifelong artist, her 2014 exhibition, Nostalgia, appeared at the Schenectady County Historical Society’s Mabee Farm Historic Site, where she was also a tour guide. There her artwork was aptly described as evoking “a sense of longing for the past, while also creating a sense of anticipation for what is yet to come.”

Irma was the daughter of Irene and Arthur Smith of Mariaville. She was predeceased by her husband, Steven Mastroianni. She is survived by a son Mark Mastrean and his wife, Lisa; daughter Rebecca Edmunds and her husband, Leo; two grandchildren, Joshua Kaszubski and Elise Conto; and a great-grandchild, Aria Elizabeth Kaszubski.

A private memorial service will be held on Wednesday, February 10th in Schenectady.

In lieu of flowers, the family requests that donations in memory of Irma be made to the Animal Protective Foundation in Glenville.