To share your memory on the wall of Henry Towne, sign in using one of the following options:

Print
Henry J. Towne,83, passed away on Monday May 11th at his home in Rotterdam surrounded by his family.

Born in Bennington, Vt, Henry was the son of the late Silas and Florence (Letcher) Towne and attended Arlington Schools.

A... Read More
Henry J. Towne,83, passed away on Monday May 11th at his home in Rotterdam surrounded by his family.

Born in Bennington, Vt, Henry was the son of the late Silas and Florence (Letcher) Towne and attended Arlington Schools.

An Army veteran, Henry worked in the foundry department of the General Electric Company for more than 35 years prior to his retirement in 2000.

A member of the Rotterdam United Methodist Church, Henry was a member of the GE Quarter Century Club, enjoyed hunting and fishing, was a former Webelos leader and active with the cub scouts of America. An avid bowler, Henry’s most enjoyed pleasure was attending his son’s Friday night bowling league.

One of eight children, Henry is survived by his wife of more then 53 years Dawn M.(Thelen) Towne, his two sons, Steven A. Towne of Glenville and Scott A. Towne of Ballston Spa, his grandsons, Shaun W. Towne and Brendan P. Towne and 3 siblings.

Services will be private.

In lieu of flowers contributions may be made to the Animal Protective Foundation of Schenectady, 53 Maple Avenue, Scotia, NY 12302
Read Less

Receive notifications about information and event scheduling for Henry

We encourage you to share your most beloved memories of Henry here, so that the family and other loved ones can always see it. You can upload cherished photographs, or share your favorite stories, and can even comment on those shared by others.

Posted May 17, 2020 at 09:04am
Henry will be missed and we are so glad that we had the opportunity to get acquainted! Although we had only known him for the last few years, we are grateful we had the chance to visit and hear some of his stories which we will cherish! May God give you and the family peace and comfort during this time.

Posted May 16, 2020 at 02:04pm
Dear Dawn, Steven & Scott,
We're so sorry to hear about Henry's passing. We will always remember our bowling & cards nights. What fun we had!
May your wonderful memories of him & your life together be a comfort to you at this time.
Comment Share
Share via:
CM

Posted May 15, 2020 at 04:32pm
Dawn and Family,
Mom wanted me to include her in our condolences to you on Henry's passing. She has fond memories of many of the kids that went to Draper. And, she's still trying to feed all of us who see her regularly! Wishing you peace as you move forward. We know Henry has earned his peace as he rests in God's heaven. Virginia Hall and Cathy
Comment Share
Share via:

Posted May 15, 2020 at 11:10am
Was very sad to hear about Henry passing. He was a great Dad and had a great sense of humor. My heart breaks for his family and I send hugs
Caryn March
Comment Share
Share via:
BT

Posted May 14, 2020 at 01:01pm
Papa rest in peace. Shaun and I will miss our grandfather beyond measurement, but we can find happiness and serenity in the memories you blessed us with. Your love for us was evident throughout the years and you were an excellent, loving grandfather. You will be missed but your memories and spirit with live on with all of us.
Comment Share
Share via: 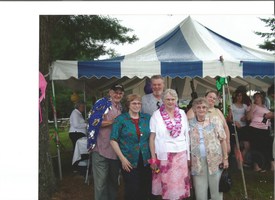 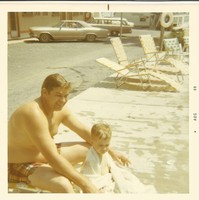 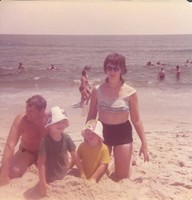