To share your memory on the wall of Gene Vrooman, sign in using one of the following options:

Print
Gene Paul Vrooman Sr. 85 of Princetown, N.Y. passed away peacefully in his home on April 2nd 2019 after a long illness.

There will be a private service held for the family on April 13th 2019.

Gene Sr. was born on January 2... Read More
Gene Paul Vrooman Sr. 85 of Princetown, N.Y. passed away peacefully in his home on April 2nd 2019 after a long illness.

There will be a private service held for the family on April 13th 2019.

Gene Sr. was born on January 2nd 1934 to Edgar and Stella Vrooman. Gene attended school, where he later on worked at G.E. for several years before going into the construction field. He enjoyed spending time outdoors in the sunshine, picnics, going for walks, getting 'fun buns' (a buttered hard roll), and spending time with his family. Gene Sr. was also an active member of the Noah Masonic Lodge in Altamont, N.Y. for most of his life.

He is also survived by his grandchildren; Nikia, Barbara, Dennis, Brandon, Jacob, Dalton, Greyson, Lily, and many great grandchildren.

Gene Sr. Is preceded in death by his brother Edward, Gordon, and his daughter Sharon.

The family of Gene Paul Vrooman Sr. Would like to thank everyone for their continued support, and the abundant amount of love shared with the family during this time.
Read Less

Receive notifications about information and event scheduling for Gene

Print
Services for Gene will be Private: For Information please contact, Nikia Vrooman-Dean at 518-944-3915

We encourage you to share your most beloved memories of Gene here, so that the family and other loved ones can always see it. You can upload cherished photographs, or share your favorite stories, and can even comment on those shared by others.

Posted May 03, 2019 at 11:26am
I am so sorry for your loss, it can be difficult to lose someone close to you. I wanted to share a hope with you for the future from the Bible. It is at Revelation 21:4, which gives us reassurance that God will one day take away sickness, disease-caused pain and tears of sorrow. We will all one day live in peace forever. If you would like to learn more or have any questions, please go to the official website JW.ORG.
Comment Share
Share via:
CK 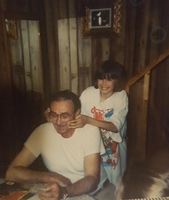 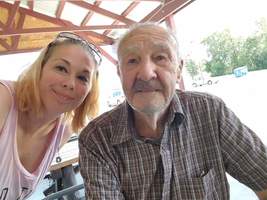