To share your memory on the wall of Fred Winkler, sign in using one of the following options:

Provide comfort for the family of Fred Winkler with a meaningful gesture of sympathy.

Fred attended Van Corlaer Elementary School and graduated from Mont Pleasant H.S. in 1946. He then enlisted in the U.S. Army and served with the rehabilitation forces in Italy, where he boasted of being the ping-pong champion of southern Italy. Upon his return home, Fred enrolled at Siena College where he earned his BBA in Accounting in 1952. He then worked at the firms of Joseph Cohen, CPA and C.L. Marvin CPAs before establishing his own practice in the 1960s.

Fred loved all sports, especially golf. He was a former member of the Edison Club where he served as Treasurer and often bragged about his “hole in one.” Fred also enjoyed many years playing with the Canali’s Restaurant golf league.

Fred and his partner of over 45 years, Rose Marie Thomsen, enjoyed traveling, especially to destinations with casinos. He loved visiting Puerto Rico, Aruba and Las Vegas best, but also traveled to Rome, Madrid and the Greek Isles over the years.

Interment will be private at Esperance Cemetery with military honors.

In lieu of flowers, donations honoring Fred’s memory may be made to the City Mission at 425 Hamilton Street, Schenectady, NY 12305 or St. Jude’s Children’s Hospital at 501 St. Jude’s Place, Memphis TN 38105.
Read Less

We encourage you to share your most beloved memories of Fred here, so that the family and other loved ones can always see it. You can upload cherished photographs, or share your favorite stories, and can even comment on those shared by others.

The Joe Bisquit Club. and Bonnie & George Mangicaro have sent flowers to the family of Fred H. Winkler.
Show you care by sending flowers

Flowers were purchased for the family of Fred Winkler. Send Flowers

The Joe Bisquit Club. purchased the Vivid Recollections for the family of Fred Winkler. Send Flowers

Posted Aug 12, 2019 at 01:50pm
To his family I am deeply sadden by this news. I enjoyed taken care of him on A5. I send you all many prayers and deepest sympathy. He was a great man. Im happy I had to honor to meet such a nice man.
Comment Share
Share via:
BM

Posted Aug 10, 2019 at 08:39am
Grandma Rose and family, we are thinking of you and sending you love, now and always. We have such fond memories of Fred - he will be greatly missed.

Flowers were purchased for the family of Fred Winkler. Send Flowers 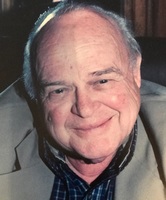 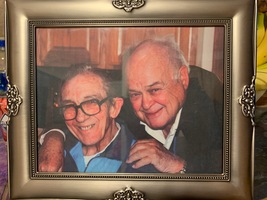 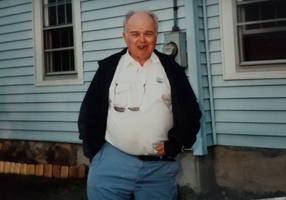