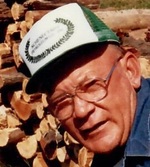 Frank L. “Hank” Spetla,83, of Ballston Lake passed away at home on Sunday February 2, 2020 surrounded by his loving family. Born in Schenectady, he was the son of the late Joseph and Mary (Kazda) Spetla.

He was employed as an operating engineer for construction Local 106. Prior to that, Frank was employed for William M. Larned and Sons Construction, Frank Santoro and Sons Inc. and in the city garage for the City of Schenectady.

Frank was a member of the Clifton Park Elks Lodge. He was passionate about going hunting and fishing. Frank also enjoyed going to the area casinos.

The family would like to extend a special ‘thank You” to Robert Hausler Jr for always being there for Frank in his time of need.

He is survived by his loving wife Kathleen Rossetti Spetla whom he married December 14, 1966, two children Frank L. Spetla of Las Vegas and David Spetla of Scotia, one brother Harold Spetla of Middle Grove, NY and one sister Shirley Hausler (Robert) of Queensbury, one sister in law Frances Lawyer of Rotterdam. Frank also leaves behind one grandchild Hattie Spetla as well as several nieces and nephews.

Funeral Services for Frank will be Friday February 7, 2020 at 12 noon at the Bond Funeral Home 1614 Guilderland Avenue Schenectady. Visitation will be from 10-12 prior to the service.

Interment will be in Parkview Cemetery in Schenectady.

Contributions can be made in Frank’s memory to the charity of one’s choice.