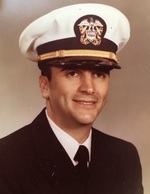 It is with great sadness that the family of Frank Mendicino announce his passing on Sunday, January 31 2021 at the age of 61. Frank died battling COVID-19.

Born May 14 1959 in Chicago, Illinois to the late Luigi and Dorothy Mendicino. Frank was a graduate of Wheaton Warrenville South High School and a graduate of Northern Illinois University, graduating with a Bachelor of Arts Degree in Photojournalism.

Shortly after graduation, Frank enlisted in the Navy, training as a pilot. From 1999 to 2013, Frank was a Military Officer and Pilot for the New York Air National Guard, flying missions for the 139th Airlift Squadron, Operation Deep Freeze. Frank was the LC-130 Pilot Commander flying scientific support missions throughout Antarctica and Greenland. He also held the titles of Pilot Training Officer; Assistant Chief; Antarctic Deputy Deployed Commander; Supervisor of Flying; Wing Maintenance Resource Management Officer and Christchurch Officer in Charge.

After finishing his military career Frank trained to become a Global Express Captain.

Frank spent many years in Christchurch, New Zealand where he met his wife of 25 years, Cherylann and was proud to say that each of his children, Dylan, Riley, Reece and Emily were born there.

Frank divided his time between Chicago and Upstate New York and will be greatly missed by many, especially his Chicago friends Daniel and Miss Liz Webb, his New Zealand friends, Lewis, Terrence, John, Rex and many more New York friends and colleagues.

There will be a service held for Frank at a later date.