To share your memory on the wall of Flora Williams, sign in using one of the following options:

Born in Clarksville, NH on May 29, 1922, to Perley and Diana Chappell, Evelyn spent her younger years at the family home in Milford, NH. On June 30, 1941, Evelyn married Joseph Pikcilingis of Schenectady, NY where they would make their home and raise their three daughters. Evelyn’s faith meant everything to her and it was what she lived her entire life for. She was a wonderful example to all who knew her.

Evelyn is predeceased by her parents, her husband Joseph, her second husband Raymond Williams, her brother George Chappell, and her granddaughter Marie Grimes.

Due to present circumstances services will be announced at a later date at the convenience of the family. Arrangements will be made by Bond Funeral Home in Schenectady, NY.

The family would like to thank the wonderful staff at Mary’s Haven for all their kindness towards Evelyn during these last few months. In lieu of flowers, please make a donation to Mary’s Haven Hospice House, 35 New Street, Saratoga Springs, NY 12866.
Read Less

Receive notifications about information and event scheduling for Flora

Print
To be announced.

We encourage you to share your most beloved memories of Flora here, so that the family and other loved ones can always see it. You can upload cherished photographs, or share your favorite stories, and can even comment on those shared by others.

Posted Oct 15, 2020 at 04:16pm
Aunt Evie will be missed by all who knew her. Many fond memories of Saturday afternoons spent at their house with family, picnics, ball games, just having lots of fun. One favorite memory was the delight she had in decorating my wedding cake. It was the prettiest cake I’d ever seen. Glad today for these and many other good memories. Heartfelt love and sympathy to my cousins and their families in their loss. Chris Williams
Comment Share
Share via:
HM

Evelyn was a beautiful women. I felt very honored to get to know her and cherished all the conversations we had. She had such an amazingly quick wit and funny sense of humor. She love to talk about her life and all of her experiences. Evelyn was a true blessing to everyone she came in contact with. She will truly be missed. 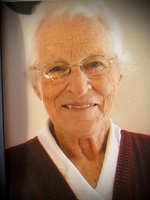