To share your memory on the wall of Esther Ratynski, sign in using one of the following options:

Print
Esther R. Ratynski of Schenectady passed away Saturday evening July 4 at her home surrounded by her family.

Born in Rotterdam, NY, Esther was the daughter of the late Harold and Chloe (Pillig) Force and a graduate of Schenectady Schools... Read More
Esther R. Ratynski of Schenectady passed away Saturday evening July 4 at her home surrounded by her family.

Born in Rotterdam, NY, Esther was the daughter of the late Harold and Chloe (Pillig) Force and a graduate of Schenectady Schools.

Devoted to her family, Esther was the beloved wife of over 39 years of John S. Ratynski, mother of the late Susan Ratynski and sister of the late Harold Raymond Force Jr. and his wife the late Kathleen Force and her special sister-in-law the late Jane Furman. Esther was also predeceased by several half brothers and half sisters and nieces and nephews.

Funeral services for Esther will be held private at the convenience for her family.

Interment will be in Most Holy redeemer Cemetery.

In lieu of flowers contributions may be made in Esther’s memory to Community Hospice, 445 New Karner Road, Albany, Ny 12205.

To leave a message or a condolence for Esther’s family please visit www.bondfuneralhome.com
Read Less

Receive notifications about information and event scheduling for Esther

Print
Services will be Private .

We encourage you to share your most beloved memories of Esther here, so that the family and other loved ones can always see it. You can upload cherished photographs, or share your favorite stories, and can even comment on those shared by others.

Posted Jul 08, 2020 at 09:04am
Dear Mary and Family, We were so saddened to hear of Esther's passing. Her memories live on in all of you, and we hope they will bring you some comfort. The phlox she shared with me from her yard still blooms every year in our garden, and it will always remind me of her. Please know that our thoughts and prayers are with you at this time. Stephanie and Mike MacIntosh
Comment Share
Share via:
MF

Esther has been our family friend for 68 years with many precious memories. We continued our loving friendship even though we lived miles apart. Our children, Terry and Karen and our grandchildren have the wonderful "Esther Christmas stocking" We will miss you dearest friend. Our sympathies to Nancy, Judy, Diane, Mary and John and their families Ron and Marie Finn 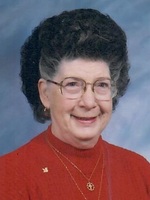 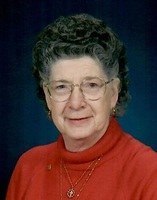