To share your memory on the wall of Dorothy Wolf, sign in using one of the following options:

Print
Dorothy A. Wolf, 97, passed away peacefully September 1, 2019 at St. Peter's Hospice Inn, Albany, New York. She was predeceased by her husband Carl A. Wolf whom she shared 73 years of marriage.

Born October 13, 1921 in Schenectady, sh... Read More
Dorothy A. Wolf, 97, passed away peacefully September 1, 2019 at St. Peter's Hospice Inn, Albany, New York. She was predeceased by her husband Carl A. Wolf whom she shared 73 years of marriage.

Born October 13, 1921 in Schenectady, she was the daughter of John and Sophia(Stern) Vageline. Dorothy graduated from Draper High School, married, raised her family and later owned and operated Imperial Lanes in Amsterdam, N.Y., where she made lasting friendships. She had a zest for life and her love for family and friends was endless. She cared for all God's creatures and devoted herself to that cause. She was a parishioner of Zion Lutheran Church.

A ceremony will be held at a time to be announced at the Gerald B.H. Solomon Saratoga National Cemetery, 200 Duell Road, Schuylerville, NY, beside her beloved husband.

To leave the family an online condolence, please visit www.bondfuneralhome.com.

Memorial contributions may be made to an animal rescue organization of your choice or perform an act of kindness in remembrance of Dorothy.

God has you in his keeping; we have you in our hearts
Read Less

We encourage you to share your most beloved memories of Dorothy here, so that the family and other loved ones can always see it. You can upload cherished photographs, or share your favorite stories, and can even comment on those shared by others.

Posted Sep 04, 2019 at 05:17pm
We always loved Mrs. Wolf, she was a true lady. Seeing her at the bowling alley was always a delight. The family has lost a true matriarch. Coni and Bob Tracki
Comment Share
Share via:
J

Posted Sep 03, 2019 at 11:06pm
My heart goes out to you Tracy and your family. I know how important and loved she was to all of you. May you find peace in knowing she is reunited with the loved ones that preceded her. Sending you all lots of love. Jolie
Comment Share
Share via:

Posted Sep 03, 2019 at 04:31pm
All of the staff here at Peregrine are so Thankful we got to enjoy her for the past year. We are thinking about all of you during these difficult times.
-Amy Stackman
Comment Share
Share via:
KM 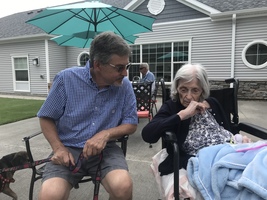 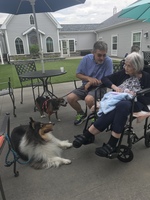 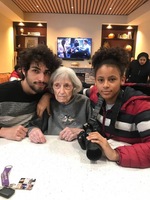