To share your memory on the wall of Constance Guilbeau, sign in using one of the following options:

Provide comfort for the family of Constance Guilbeau with a meaningful gesture of sympathy.

Print
Constance K. Pieronek Guilbeau, 79, of Schenectady passed away on Friday March 29, 2019 surrounded by her loving family. Born in Schenectady, she was the daughter of the late Charles and Katherine (Zablocki) Pieronek.

She was a 1957 gr... Read More
Constance K. Pieronek Guilbeau, 79, of Schenectady passed away on Friday March 29, 2019 surrounded by her loving family. Born in Schenectady, she was the daughter of the late Charles and Katherine (Zablocki) Pieronek.

She was a 1957 graduate of Mont Pleasant High School in Schenectady. Long after school, she enjoyed being a part of the MP Girls Lunch get togethers. Constance was employed as a secretary to the principal of the Capital Region BOCES from 1987-2002. Prior to that, she was employed for the Schenectady City School District and for the US Navy in Scotia.

Constance attended St. Adalbert’s Church in Schenectady. She was passionate about cooking, gardening and loved being a seamstress.

She was a loving mother, grandmother and great grandmother. Constance found great enjoyment spending time with her family.

Funeral Services for Constance will be at the convenience of the family.

Interment will be in St. Adalbert’s Cemetery in Rotterdam.

We encourage you to share your most beloved memories of Constance here, so that the family and other loved ones can always see it. You can upload cherished photographs, or share your favorite stories, and can even comment on those shared by others.

The Ingoldsby's sent flowers to the family of Constance Katherine Guilbeau (Pieronek).
Show you care by sending flowers

Posted May 03, 2019 at 11:22am
I am so sorry for your loss, it can be difficult to lose someone close to you. I wanted to share a hope with you for the future from the Bible. It is at Revelation 21:4, which gives us reassurance that God will one day take away sickness, disease-caused pain and tears of sorrow. We will all one day live in peace forever. If you would like to learn more or have any questions, please go to the official website JW.ORG.
Comment Share
Share via:
TI

The Ingoldsby's purchased the Peaceful White Lilies Basket for the family of Constance Guilbeau. Send Flowers

Posted Mar 31, 2019 at 11:37am
I will miss our conversations through the fence as we did yard work. You were very nice to me and my family and you were a great neighbor.
Comment Share
Share via:
F

Posted Mar 31, 2019 at 08:12am
Connie was like a second mother to me as a very young child in elementary with my best friend Gigi (Gwyn). So many fond memories and love as she included me on fun times with their family. Sad to read this news. My thoughts and prayers are with you all. 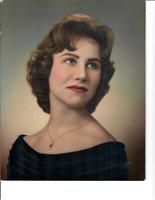 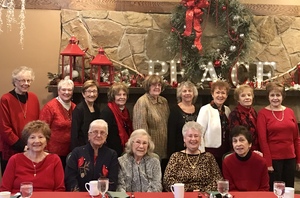 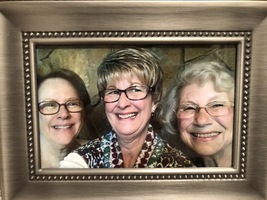