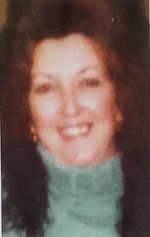 2/5/66-7/4/19 Claudia Ann Birch age 53 transitioned into the light on the morning of July 4th, at Ellis Hospital, after her many years of struggles with her health.

Claudia was born in the city of Schenectady and attended both Duanesburg Middle School and Mont Pleasant High School. She began work at 15 years old as a candy striper at Ellis Hospital and then as a waitress at Brandywine Dinner II. She then transitioned to a Home Health aide, where she helped people in need throughout the community. Claudia went onto pursue her career in cosmetology, where she attended school and earned her NYS License Certification for Cosmetology.

Some of her happiest times where during this careers height. After more health battles, Claudia went on to do administrative and secretarial work for several company's including VonRoll Isola in Schenectady. She as well did payroll and scheduling administration for truck drivers.

From 2012- 2015 Claudia attended Full Sail University and graduated with a Bachelors of Science Degree in Graphic design and later stated her own graphics company called Dynamic Dream Designs, for which she created fliers, videos,business cards,posters and much more. As ill as she was she always tried to help her friend with her graphic and unique design talents.

Claudia was as well known for her incredible seamstress sowing work and her uniquely innovative fashion design creations. Art was her love and passion through and through.

Some of her fondest memories along with the births of her children were that of her vacation trip to Aruba. There she was able to walk about, feel the ocean wind in her hair, experience the beautiful water and the wonders of snorkeling. During her last years, her friend crystal did everything to get her up to Sacandaga Lake on occasions. There she had many good memories,where we watched the fluffy rolling clouds, the water was just perfect and she forgot about her pain, if only for a moment.

Claudia leaves behind her 3 cherished and beautiful cats who have been re-homed;the lovely Lou and tinker tot Thelma Lou , as well as her love and "boyfriend" Gizmo Birch who now resides with Crystal and her cat clan.

A service of remembrance will be held at Bond Funeral Home, Broadway & Guilderland Ave, Schenectady on Thursday August 22nd at 11 am. a visitation will be held at the funeral home from 10 to 11 am prior to the service