To share your memory on the wall of Brian Turck, sign in using one of the following options:

Provide comfort for the family of Brian Turck with a meaningful gesture of sympathy.

Print
Brian Turck ,63 passed away at St peters Hospital on Thursday after a short illness.

Born in Troy, NY, Brian was the son of the later Daniel and Shirley Donnellan Turck.

On August 29th I lost the one true love of my life. Th... Read More
Brian Turck ,63 passed away at St peters Hospital on Thursday after a short illness.

Born in Troy, NY, Brian was the son of the later Daniel and Shirley Donnellan Turck.

On August 29th I lost the one true love of my life. Those closest to him knew that he was a hard man to love, but underneath that ruff exterior was a man that truly loved his family. I will miss him with all my heart. His family and family history were one of the things that brought him the most joy. Telling stories of the past and making new memories to share.

His daughter Rebecca lost her best friend. For she will never again do the crazy things they did together. I know there are some I wasn’t even told about. I can see them both snickering as I tell you this. They swim across the lake and go four wheeling, out to dinner, have long conversations, card games at camp or just go out driving around. Brian somehow was her Anchor. They were so much alike, they would be butting heads one minute and the best of friends the next. Brian always told everyone he meets about his great daughter and how she was going to be a great nurse someday. I don’t think any daughter was ever praised more than she. I am just sorry he will never be able to give her away on her wedding day; he was the true father in her life.

Brian was fortunate enough to travel in search of his family history in Croghan NY and researching the fire towers around the state. His great grandfather Jake was ranger of the bald mountain tower. He had many new stories to tell, but unfortunately with his untimely passing was not able to share them with his children.

He was also a proud Son of the American Legion in Croghan Post #1663. He spent many times talking about the old days with the members and remembering his father Danny and Uncle Larry. He would always boast about his son Jacob being a proud Marine.

His one regret was not spending more time with his children and especially his granddaughter Kenzie. He loved her so much and not spending time with her really weighed on his heart. Grandpa loved you baby Kenzie more than you will know.

His boys Jacob, Darin, and Eric were the pride of his life. He always wanted them to be better than himself so he was very tough on them, but it was out of love that he was this way. I know he wanted to rekindle the bonds they once had and make them even stronger in the future. I know he is proud of all of you.

Brian loved photography and was always taking pictures of his family, nature, and his dog Peanut. We will always have those memories thanks to the fantastic pictures he took. Just wish he was in front of the camera as much as he was behind the camera.

He is loved and will be missed greatly by his family, friends and everyone else he came in contact with. Any one you talk with will always say he had a kind heart.

Beside his parents, Daniel and Shirley, Brian is also predeceased by his son Darin and brother Jeffrey Turck.

He is survived by his Fiance’ Nancy Hall of Schenectady, his children Jacob Turck of Englewood, TN, Eric Turck(Brittney) of Madisonville, TN and Rebecca Hall of Schenectady his granddaughter Kenzie, brothers Danny, Michael and Neil Turck and sisters Lynnanne Turck, Susan Turck Black and Cathy Turck and several nieces and nephews.

Services for Brian will be private.
Read Less

Print
Services for Brian will be held private.

We encourage you to share your most beloved memories of Brian here, so that the family and other loved ones can always see it. You can upload cherished photographs, or share your favorite stories, and can even comment on those shared by others. 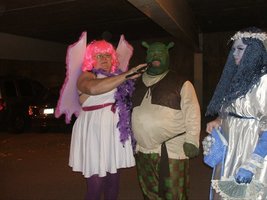 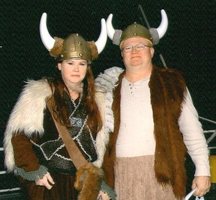 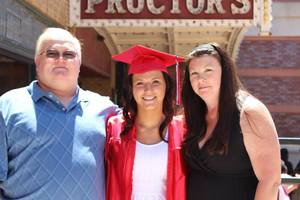