To share your memory on the wall of Anne Bienkowski, sign in using one of the following options:

Provide comfort for the family of Anne Bienkowski with a meaningful gesture of sympathy.

Print
Anne Bienkowski,73, passed away on Thursday morning June 13th at The Grand Rehabilitation and Nursing at Guilderland.

Born in Germany, Anne was the daughter of the late Antonio and Maryanne Budzinski and had attended St. Adalbert School ... Read More
Anne Bienkowski,73, passed away on Thursday morning June 13th at The Grand Rehabilitation and Nursing at Guilderland.

Born in Germany, Anne was the daughter of the late Antonio and Maryanne Budzinski and had attended St. Adalbert School in Schenectady.

Her grandson, Terrance, wants her to know that she was his rock and biggest fan and will be in his and all our hearts always.

A graveside funeral services will be held at St. Adalbert Cemetery in Rotterdam on Monday August 26, 2019 at 2 pm.

In lieu of flowers contributions may be made in Anne’s memory to the Northeast Kidney Foundation, 22 Colvin Ave, Albany, NY 12206.
Read Less

We encourage you to share your most beloved memories of Anne here, so that the family and other loved ones can always see it. You can upload cherished photographs, or share your favorite stories, and can even comment on those shared by others.

Posted Jun 18, 2019 at 03:41pm
To the family and friends, I am so very sorry to hear of your great loss. I hope you can find comfort in the words at Revelation 21:4 where it says: "And he (Jehovah God) will wipe out every tear from their eyes, and death will be no more, neither will mourning nor outcry nor pain be anymore. The former things have passed away." Posted Jun 15, 2019 at 04:41pm
To My Loving Family,
We are so sorry for the loss of Ms. Anne. Although she my not be with you in the physical realm. She is most definitely with you ALL In Spirit. We Love and will Miss Her.
On our Summer Visit.
But, She is Free and Smiling From Heaven. We are here if needed.
Love Always, Pat & Stacy Lilley
Comment Share
Share via:
S

Posted Jun 15, 2019 at 12:03pm
My condolences to the family. Please be comforted by the Bible's promise of the resurrection. John 5:28,29, Acts 24:15. If you would like to learn more about the wonderful promises in the bible, please visit jw.org.
Comment Share
Share via: 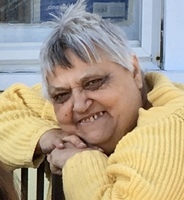 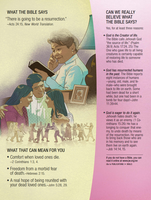