To share your memory on the wall of Alta Adams, sign in using one of the following options:

Print
Alta M. Adams, 97, of Rotterdam passed away at Kingsway Arms Nursing Home in Schenectady on Thursday April 2,2020. Born in North Adams, MA, she was the daughter of the late Wendell and Mabel (Jones) Sparrow.

She was a graduate of Spencer... Read More
Alta M. Adams, 97, of Rotterdam passed away at Kingsway Arms Nursing Home in Schenectady on Thursday April 2,2020. Born in North Adams, MA, she was the daughter of the late Wendell and Mabel (Jones) Sparrow.

She was a graduate of Spencer Business Institute. Alta later worked as a legal secretary in the 1940’s. She was also the church secretary at Messiah Lutheran Church in Rotterdam. Later in life, she became a home maker and raised a family.

Alta was passionate about music and played the piano and guitar. Alta with her musical talent was a substitute playing at her church. She also enjoyed knitting, crochet and painting. One of her greatest accomplishment’s was painting the elephants at the Albany Museum. Alta also was keen about hunting, camping and fishing. She also had fond memories of traveling across the US with her husband Richard in their motorhome.

She was a member of Our Redeemer Lutheran Church in Scotia and was an active volunteer at the church.

Alta is predeceased by her husband Richard D. Adams, one daughter Linda F. Adams and one sister Mabel Sparrow.

She is survived by her son Glenn Adams of Rotterdam and three grandchildren Michael Casino, Daniel Adams (Carrie) and Roberta Flaherty (Ryan) as well as one great grandchild Patrick.

A Private Graveside Service will be held at Viewland Cemetery Princetown Road in Rotterdam.

A memorial will be held at Our Redeemer Lutheran Church in Scotia at a date and time in the future.

Receive notifications about information and event scheduling for Alta

We encourage you to share your most beloved memories of Alta here, so that the family and other loved ones can always see it. You can upload cherished photographs, or share your favorite stories, and can even comment on those shared by others. 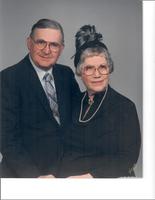