Receive notifications about information and event scheduling for Alfonso

Born on March 14, 1933 in the Bellevue section of Schenectady, New York, Alfonso was the son of the late Saverio and Immacolata (Peronaci) Greco.

A graduate of the former Mont Pleasant High School, he lettered in Football and Track and Field; excelling in the Pole Vault. After graduation he served active duty in the Army from 1953-1955. He then was a member of the Army Reserve until 1961. Alfonso worked as a lineman for Niagara Mohawk for over thirty-five years prior to his retirement. After retirement he enjoyed spending time with his family. Al also enjoyed swimming, gardening, long drives with his wife Ruth and nightly dinners at the 99 Restaurant. He will be remembered as a devoted husband, father and grandfather. A devout Catholic, Alfonso was a lifelong communicant of Our Lady Queen of Peace (Our Lady of Assumption) in Rotterdam, NY.

A private graveside service for Alfonso will be held at St. Cyril’s Cemetery. A memorial mass will be offered at a later date at Our Lady Queen of Peace.

In lieu of flowers contributions may be made to Schenectady City Mission PO Box 760, Schenectady, NY 12301

Alfonso’s family would like to thank the staff at Kingsway Arms Nursing Home for their care and compassion over the past few months.

My deepest sympathy for all of his family and friends! My sisters and I would see him and his wife at the 99 often and they were such a beautiful couple! We would fight over who would buy their drinks. The world has lost a sweet man! I pray for healing and comfort for Ruth in this very difficult time! He is in God’s hands now! Peace and love! Diana
Comment | Share Posted Apr 13, 2020 at 07:25am via Condolence
LP

With our deepest sympathy to our dear Andrea & Scott as well as entire Greco family. Our thoughts and prayers sent to you during this difficult time. Your grandpa is home safe with God. He will be with you forever.
Comment | Share Posted Apr 12, 2020 at 09:40am via Condolence

I'm deeply saddened. The Greco family is a memory of Bellevue I will never forget. God Bless, ((Air Hugs)) and Prayers of Strength to help you through this difficult time. Love from Marcy (Marra) Mango
Comment | Share Posted Apr 11, 2020 at 12:41pm via Condolence
VD

I will forever remember Al and Ruth as a part of my life. Working for many years at the 99 and having amazing conversations with these two. They’d always bring home a baked potato for a cat, and Al always made it noted that it wasn’t theirs. The way he always cared for Ruth while they were out was undeniable the love they shared. I shared a lot of love and thought of them as my own grandparents. Al will forever be missed and in the heart of the 99 familyz
Comment | Share Posted Apr 11, 2020 at 12:19pm via Condolence
TF

For John, DeAnn and Michele, Michael, Ruth:
please accept this sincere offer of empathy during this shocking time.
Favata's
Comment | Share Posted Apr 11, 2020 at 11:45am via Condolence
TF

Provide comfort for the family of Alfonso Greco with a meaningful gesture of sympathy. 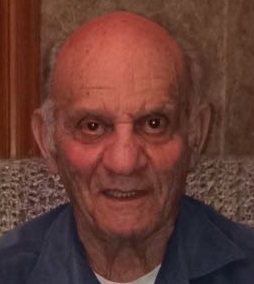 To share your memory on the wall of Alfonso Greco, sign in using one of the following options:

Provide comfort for the family by sending flowers or planting a tree in memory of Alfonso Greco.

Provide comfort for the family of Alfonso Greco with a meaningful gesture of sympathy.