In Memory of
Michael Allan
Koza
1940 - 2018
Click above to light a memorial candle.
Memorial Candle Tribute From
Bond Funeral Home
"We are honored to provide this Book of Memories to the family."
View full message >>>
Send Flowers
Menu 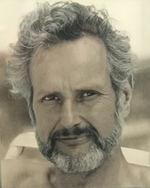 Edinburg, NY - Michael Allan Koza, son of Yvonne and Walter Koza passed away on May 16 at the age of 77. He was raised by his grandparents Alice and Jacob Frye and attended Carman School and Draper High School.

Michael’s fascination of cars began when he learned to walk. He and his life-long friend Tommy Masterson followed Tommy’s father around who was a car buff and this started Michael on a mechanical career. After the death of his grandparents when he was 16, he was taken in by Harold Hiley who owned a garage and furthered Michael’s career choice.

Michael loved solving mechanical problems. His car had over-drive years before the automotive industry engineered it in cars. He manufactured tools years before they were seen in catalogues. Michael was the Service Manager at Hathaway’s in Scotia and in 1971 he started his own business, MK Automotive in Schenectady, NY, operating for 40 years. He was renowned for his expertise in building award winning racing engines, hot rods and restoring old cars.

In his retirement at the Great Sacandaga Lake he was the neighborhood fix-it guy. He repaired lawn mowers, jet skis, snowmobiles, docks and he even took down the occasional tree.
He was a self-taught piano and keyboard player and looked forward to his playing sessions with family and friends. He also enjoyed hunting with Eddy Frye. Favorite past-times were camp fires, being on the water in his jet skis or boat, fireworks and family dinners.

He is survived by his wife of 57 years Claudette D’Avignon Koza, their children, Kim Koza and husband David Lilac of Edinburg, NY, Kenneth Koza and his wife Cecelia Szymialis Koza of Orlando, FL and their grandchildren, Jess Hohenstein of Ithaca, NY, Maxwell Koza of Morgantown, WV, Lilia Koza of Denver, Co, and Emily Lilac of Scotia, NY and her two children, Graysen and Ella Murray. He is also survived by his sister Dawn Koza of Herkimer, NY, sister-in-law Joan D’Avignon of Schenectady, NY, and family friends Cynthia “Martha” Kahn of Herkimer, NY and Rachel Bievenue of East Greenbush, NY. He was predeceased by his brother Donald Koza.

Admin|Obittree|Privacy Policy|Terms of Use|Sitemap|Powered by FrontRunner Professional & TA
Share by: