In Memory of
Linda A.
Macan (Hesler)
1950 - 2018
Click above to light a memorial candle.
Memorial Candle Tribute From
Bond Funeral Home
"We are honored to provide this Book of Memories to the family."
View full message >>>
Send Flowers
Menu

Obituary for Linda A. Macan (Hesler) 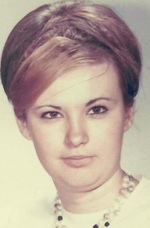 Linda A. Macan, 67, of Duanesburg passed away on Monday March 19, 2018 at the Baptist Health and Rehabilitation Center in Scotia. Born in Schenectady, she was the daughter of the late Charles Hesler and Evelyn (Guyette) Hesler of Charlton.

She is a 1968 graduate of Colonie High School. Linda first worked in the mail room for the General Electric Company. She later worked as a home health aide for the Schenectady County Visiting Nurses Association. Linda after that became a dedicated home maker.

Linda was a kind and caring wife, mother and grandmother. She loved family and will be deeply missed by her very large family.

She loved to go camping on Lake Champlain. Linda was passionate about working outdoors.

Besides her mother, she is survived by her loving husband John W. Macan whom she married July 19, 1969, her two children Joseph M. Macan of Amsterdam, her daughter Christine Valade (Anthony) of Mechanicville, three sisters Carol O’Brien (Michael) of Niskayuna, Beverly McElhiney (Leslie) of Florida and Mary Taplin (David) of Charlton. Linda is also survived by her four grandchildren Ryan Burris, Justin Valade, Gabriell Macan and Mary Beth Walker as well as several nieces, nephews and cousins.

Funeral Services for Linda will begin on Friday at 9:15AM at the Bond Funeral Home 1614 Guilderland Avenue Schenectady followed by a Mass at 10AM at St. Gabriel’s Church 3040 Hamburg Street in Rotterdam. Calling Hours will be Thursday evening 5-8PM at the funeral home.

Interment will be in Evergreen Memorial Park in Colonie.