In Memory of
Charles F.
James
1947 - 2017
Click above to light a memorial candle.
Memorial Candle Tribute From
Bond Funeral Home
"We are honored to provide this Book of Memories to the family."
View full message >>>
Send Flowers
Menu 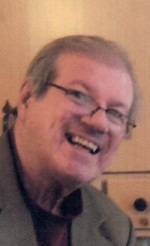 Charles (Chuck) F. James passed away peacefully at home on December 28, 2017, with his beloved wife and dear friend Kelly Trombley at his side. The cause of death was respiratory failure as a result of pneumonia.

Chuck was born to the late Charles and Julia (Heffner) Drankoski on July 12, 1947 in Johnson City, NY and was a graduate of Maine Endwell High School, where he excelled in athletics.

Chuck was predeceased by his in laws Albert and Mary Harley, his step son Scott Therriault and his step grandson Billy Therriault.

He is survived by his wife of 31 years, Sylvia M. James, his daughter Jennifer Price and her husband Robbie and their children Marlowe and Dylan, his daughter Pamela James, his step son Bryan Therriault and his wife Erica and their son Justin. He is also survived by his step grandchildren Alexandra and Ella Therriault and his ex-wife Julie Buehan who was extremely helpful and supportive during his illness. Chuck also leaves behind his brother Michael Drankoski and his wife Claudette and their daughter Erin and her husband Andrew.

Chuck was known for his love of sports and was a mentor for many, from young children to young adults. He coached swimming, track and field, football and CYO basketball and volunteered in many other capacities. He was the original director of the family park at the Schenectady JCC. He was an avid golfer and fisherman.

He loved to cook, especially his signature Binghamton spiedies. Chuck had many fury companions. He had many dogs and cats throughout his life.

Later in life, Chuck became a pharmaceutical sales rep and retired from Roche Labs after a successful career.

A Memorial Service will be held at the convenience of the family.

In lieu of flowers, contributions can be made in Chuck’s memory to the Grand Boulevard Fire Company, Community Hospice or the Animal Shelter of Schoharie County.